It is commonly believed that the 1997 acts completely outlawed handguns in the UK. Luckily for us that turns out not to be the case, and pistol shooting of various sorts can still carry on at Chipping Norton. Options include the following:

Muzzle-loading handguns include flintlock (or older mechanisms), percussion cap pistols and muzzle-loading revolvers. These latter are generally available in the traditional black powder form of the mid-19th century, ideal for those who have an interest in historic shooting, although there are some conversions which use modern smokeless powder for those who are less keen on the inevitable cleaning which follows a pistol session. 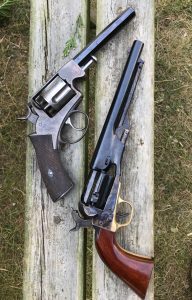 In addition, the UK law allows for the use of long-barrelled pistols, including semi-auto in .22LR and revolvers in larger calibres; these use modern cartridge ammunition but have extended barrels and non-removable counterweights which extend the length of the pistol such that it cannot be easily concealed. These handle well and can provide for enjoyable target shooting, but there are additional restrictions on their use (one cannot allow other club members to fire them, for example). 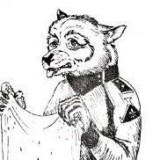 All hail the sysadmin!